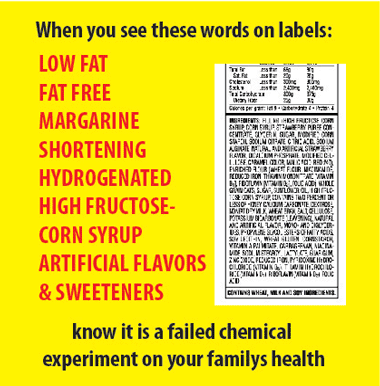 We are looking at the beginning of the end of the perception of dietary fats as the cause of increased mortality from heart disease. The creation of the “low fat” industry accelerated in the 1960’s when sugar industry funded scientists were paid to shift the blame of increasing cardiovascular disease away from sugar to fats. The numerous scientific studies that were published at the time to support this hypothesis have now been found to be fraudulent due to gross vested interests and research bias.  These past 50 years has seen organized sugar industry funding and influence on the formation all the major health policies, not just in the US but in all industrialized societies around the globe. For example, the Coca Cola Company has one of the largest advertising budgets worldwide and uses this to deflect any criticism of the role that sugary drinks play in the obesity and type 2 diabetes epidemics.

Today we see that these multinational beverage and processed food producers are feeling the pinch of raising consumer awareness in the dangers of processed foods and excess sugars. Last week it was announced that Coca-Cola is to cut 1,200 jobs as consumers turn away from sugary drinks and they and their competitors, such as Nestle and PepsiCo that have enjoyed unparalleled growth all these years are now scrambling to find sugar substitutes to stem the loss of sales that increased consumer awareness in the dangers of excess sugar has caused. But is the creation of more chemical sweeteners to fool our tongues and brain really the answer?

We have had 50 years of intensive anti fat propaganda proudly brought to us by the makers of processed foods and this belief has become the accepted norm. The instructions to avoid fat have been further reinforced by big business funded dieticians and medical practitioners alike. For example, when we eat low fat processed foods, or avoid traditional cooking with coconut milk and butter and cut off the fat from chicken and meat, or avoid animal fat entirely due to its saturated fat content then we are in reality playing into the hands of the processed food industry. This is because when they remove the fat from processed foods they replace it with refined sugars, artificial sweeteners and hundreds of chemical additives to enhance the taste that was lost when you cut out the natural fats.

It is not just the sugar industry that has negatively influenced public health perception away from traditional foods. Just like the title of this blog, if your great grandmother would not have recognized it, then as a rule of thumb it was probably developed by food scientists looking to increase shareholder revenue with only a fleeting consideration of your long-term health and well-being. Margarine is a famous example of a “frankenfood” made by food scientists and promoted by big brands, dieticians and doctors as the healthy substitute to butter for 40 years but is now banned in many developed countries for use in restaurants due to the harmful effect of trans fats produced in the hydrogenation process. Tragically, any look around the homes and restaurants in Malaysia and margarine is still a basic cooking oil as the information on its harmful properties only slowly filters throughout society as a whole.

Almost without exception, our great great grandmothers all around the world used saturated fats to cook the meals of your great grandmother, whether it was butter or ghee, coconut oil or the many kinds of animal fat used traditionally. Polyunsaturated vegetable oils from corn, soya, sunflower, canola and so on were virtually unknown in our diets until 100 years ago and many were only fully developed after WWII as extraction technology improved. These Omega 6 vegetable oils, while being very convenient and with a high smoke point, are extremely heat sensitive on a molecular level and when used in cooking then the chemical bonds are quickly broken and become unstable, leading to free radical formation, one of the leading causes of arteriosclerosis or fat deposits in the arteries. While polyunsaturated oils have been promoted as a health alternative to saturated fats, it is now becoming apparent that we have also been hoodwinked by big business here as well. These processed cooking vegetable oils consist mainly of long chain fatty acids (Omega 6) which are pro-inflammatory. For example, in the US over the past 100 years the consumption of polyunsaturated Omega-6 oils has increased by a multiple of 6 times, yet our consumption of saturated fats from sources such as butter, meat and animal fat has greatly decreased. Despite this how is it possible that saturated fat is the villain when its consumption has actually decreased. It is the excess reliance on processed Omega-6 vegetable oils and refined carbohydrates from low-fat diets that is the actual cause of the steep increase in inflammatory and metabolic conditions, obesity, cancers and other diseases attributable to our “modern” diets.

To look at other questionable foods that our great grandmother wouldn’t touch one only needs to follow the food chemical trail from the worlds biggest lobby groups that influence Government and consumer opinion. This list includes: 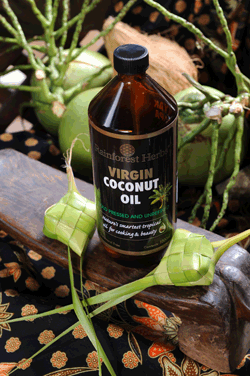 The negative influence of big business interests on our dietary choices is something that is not going to go away soon. However, we are seeing the positive influence of the internet in disseminating alternative information outside of the usual mass media channels and multi million dollar advertising campaigns. The tide is turning with the movement towards buying locally grown fresh foods and avoiding highly processed, artificially sweetened and genetically modified foods. Saturated fats from coconuts, grass fed butter and organic livestock are back on the menu in those countries most influenced for the past 50 years by the industry funded scientists, doctors and dieticians. Cholesterol is no longer seen as an enemy of health that needs to be eliminated with statin drugs, but an essential building block of every cell. Thankfully we can undo the mistakes of this past 50 years of dietary and cholesterol myths when we base our diets on fresh unprocessed and chemical free foods, organic and free range meats and cold-pressed oils and traditional fats. It is never too late to reclaim our family’s health and avoid the many preventable diseases attributable to the modern artificial diet.